Thirtieth Session – In the latest installment of our Alternity campaign The Lighthouse, it’s off to Corrivale to get all the factions there on board with the Verge Alliance. Then it’s hot Pict on Sesheyan action as we perform some extreme rendition.

Not only that, but Captain Takashi has started to channel his LOLcat making skills into war propaganda!  Witness his cautionary tale of the N’sss, the jellyfish aliens T’sa believe to be demons: 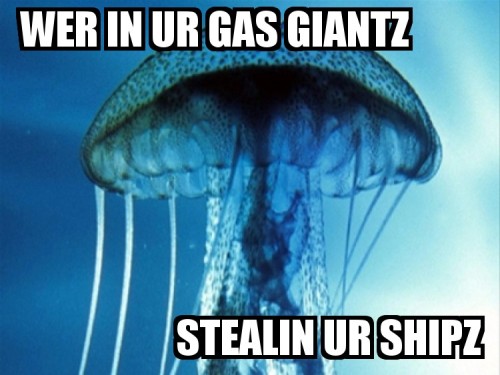 Also, Peppin tries really, really hard to get the sesheyan shamans into the anti-alien battle.  Eventually they have to fess up that their magic isn’t, you know, real in that sense.