On the RPG Stack Exchange lately, there have been a couple questions about conflict in gaming groups.  Stylistic conflict, player conflict, etc. “What do I do about it?”

Seems like that in real life, people have trouble with handling these conflicts – usually, they let them fester and refuse to confront them because geeks tend to be passive-aggressive (see Five Geek Social Fallacies for more). But then on RPG.SE, we tend to get more immediate recourse to Internet tough guy syndrome where the answer is always “leave the group/kick them out!  How dare they disrupt your fun, even though we have no doubt been fed an incomplete and biased view of events!”  Perhaps “nothing” and “nuclear option” are not the only conflict resolution choices open to us.

You know “All I Really Need To Know I Learned In Kindergarten?”  Well, it’s true and applicable to this situation as well. It’s been amazing how much seeing a young child go through this stage of character development has helped me as a manager at work and a GM at home. Most conflict ends up being addressable by the basic stuff you were supposed to learn in kindergarten, but apparently didn’t.

Conflict resolution.  Someone’s doing something that bothers you.  What do you do?  Well, at my daughter’s kindergarten, they used a frog mascot named Kelso who had a number of Kelso’s Choices you should select from to handle conflict without escalating it. “Try two of these before calling an adult.” 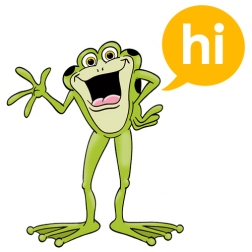 Next time you have a problem in your gaming group – try two of these options before escalating, please. No, seriously, these really are the civilized answers to virtually every problem you’re going to have with another player or GM or play group. If you can’t exercise kindergarten level conflict management, then probably seeking others’ help won’t really get you very far – reteaching people the basics of human interaction is pretty out of scope for most of daily life.

I might venture that there’s one choice that can be viable in the scope of RPGs that isn’t just plain ol’ kindergarten behaving, which lies in the distinction between in-game and out of game.  Sometimes in-game conflict bleeds into out of game conflict or vice versa. So you might also consider more strongly firewalling in game behavior, or even crafting it to sublimate the out of game behavior.  In the same way that nothing relieves some intra-group tension like some Quake deathmatching where you get to shoot at each other, a clever GM/players can set up in-game situations to generate desired outcomes.

In my long term AD&D 2e “Night Below” campaign, we had a problem player. He would flip out about in-game things and then get really agitated in real life.  I remember once a tribe of hobgoblins captured the party and made them go in and fight a cave full of orcs. They killed the orcs and bundled up the treasure, but left their couple thousand copper pieces hoping that might placate their former captors as they snuck out a side tunnel.  This player, I think it is fair to say, “freaked the hell out.” He went mental.  He was yelling. “IF WE’RE NOT GOING TO TAKE THE COPPER WE SHOULD LEAVE ALL THE REST HERE TOO!” All the rest of the players were very uncomfortable. Shortly after, they went into a forest and in a fit of demented pique he ran up and hugged a wraith till it energy drained him to death. Then he went home.

I figured that flameout was the last I’d hear from him, but he called me up mid-week and said “I have a great idea for a new character!”
I said, “Uh, well, we’ll have to talk about that…”
“I know what my last character’s problem was!”
“Really?”  Maybe he’s learned, I told myself.
“Yeah, he was way too much of a team player!  My next character is an assassin!”
“Jesus Christ,” I thought to myself while facepalming.  But then inspiration struck.
“OK, great.  You’re an assassin of the Scarlet Brotherhood.  You’ve been sent to spy on the PCs and find out what they’re discovering about the Underdark.  You have to totally get into their confidence and convince them you’re their good cleric friend.  Send Scarlet Brotherhood HQ letters about what they’re up to every week. Never break your cover!”

This worked better than it had any right to.  The player then “pretended” to be a helpful good cleric 100% of the time.  Then he’d snicker at night as he wrote his poison pen letters back to HQ.  The rest of the players though I must have subjected him to some North Korean style torture or something for him to shape up so fast.

Other games, too, are more explicitly PvP or shared-story – Amber Diceless Roleplay and Fiasco come to mind – where as long as people get together well enough that they don’t just attack each other when they enter the same room, you can perhaps avoid the need for a pure buddy-collaboration feeling on the parts of players not fit for it.

This is a bit of an advanced topic and requires subtlety and brinkmanship, however, so you’re usually good sticking to Kelso’s Choices.

Like Loading...
This entry was posted in talk and tagged argument, conflict, player, resolution, RPG, RPGs. Bookmark the permalink.

2 responses to “Player Conflict In RPGs”