Razor Coast, the mega-adventure by Paizo fan favorite author Nick Logue, has had a long and checkered past. But Frog God Games has it now and is running a Kickstarter to get it out the door finally! It’s in Pathfinder, but they also have Frank Mentzer (Red Box, fools!) himself working on delivering it for Swords & Wizardry too at the same time.

Razor Coast is set on an untamed coastline, with home base being a colonial power’s city and it surrounding plantations. Just on the land you have slavery, hostile natives, crocodile men, volcanoes, and monster-infested jungle to contend with. But Razor Coast, like Skull & Shackles, has a strong nautical component too.  Ply the waves and fight pirates, or be a pirate and fight the navy – plus weresharks and sahuagin and other demented denizens of the deep! (You can get a sneak preview of the maps for RC on Sean MacDonald’s site!) It wouldn’t be Nick Logue if it didn’t reveal the worst side of human nature and end up in various shrieking bloodbaths.

Pele, Goddess of Fire and Wrack

The good news is that the content is pretty much all done.  I was a volunteer editor originally and still am; this adventure (and all the related Indulgences and extras and whatnot) are in the can and just being fine-tuned.  I just finished another round of editing the various Indulgences to make them even better. So there’s not much standing between this and release, unlike other Kickstarters that are being done completely from scratch.

Yes, it’s pricey.  The hardback level is $110, but you are getting a huge tome and a lot of extras for that.  Lou Agresta explains the value and all what you get on the Paizo boards if you’re interested. FGG uses a very high quality textbook printer, made in the USA, so you are paying more but get a book that won’t fall apart and whose binding isn’t mixed with the tears of child laborers. Check out the higher Kickstarter levels too, they have sweet ship models and other cool swag. They’re 2/3 of their way to goal with 19 days left, now’s the time to get in on it! If you preordered back in the day from Sinister, they’ll honor that preorder, so no worries there. You can pledge some to get other bennies though. 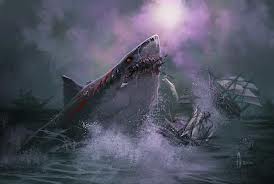 I’m going to be running Razor Coast as part of my Pathfinder pirate campaign (“Reavers on the Seas of Fate“) soon! Actually, I already ran one of the Indulgences that were available back originally to kick off the campaign, and you can read the extended session summary here to get a feel for the kind of adventure we’re looking at!  (Well… I did zazz it up a bit myself.) I’ll be setting it south of the Shackles with Port Shaw as a Sargavan expansion port.

Do note that you don’t have to be  a pirate for Razor Coast, unlike with Skull & Shackles – it works for good parties as well. In fact, it starts at level 5 (and goes up through 12+), you could capture and impress your PCs with the first chapter of Skull & Shackles and if they end up being goody-goody and don’t want to go pirate, they could flee to Port Shaw and slot right into Razor Coast!  I actually used the first two chapters of Second Darkness to start my Reavers campaign and went pirate from there, out to Azlant and now to the Razor!

Maybe my PCs will see you there… Kickstart now to become on of their many victims!