This one is actually by Robin Laws. One day he tweeted “Has anyone named 1 oz sloe gin, 1 oz spiced rum, orange juice? Because if not I’m calling it a Sharknado.” It’s where I got the idea for the sloe gin component to the Midsommar.

So we made it! 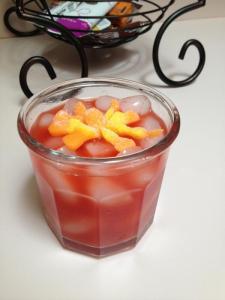 Except we couldn’t find gummy sharks but could find gummy octopi so this is technically a “Sharktopus.”  Even better since I used Kraken spiced rum. Refreshing!

My gaming group likes the odd cocktail every now and then.  I’ve come up with some custom concoctions we’ve enjoyed so I thought I’d start sharing them!

I enjoyed the horror movie Midsommar when I saw it last week.  As luck would have it, I am also a fan of gin and had just gotten a bottle of Hendricks’ limited edition Midsummer Solstice gin. It’s a very floral gin, which makes it a little hard to fit into some things.  I made a gin and tonic with it, but that was not super. But, I thought, I’ve also made Aviations for this group, and those are floral… Maybe I should make a new cocktail! And I did just go see Midsommar, that’s quite a coincidence… 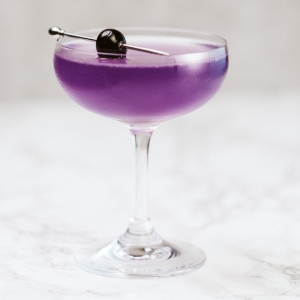 The Aviation is a classic gin cocktail that largely disappeared after Prohibition because its ingredients weren’t available here, primarily a violet liqueur named Creme de Violette. It had a hipster-type renaissance when it became available again in the 2000s.  But… I’ll be honest, the violet is a little overwhelming. Some people describe it as “drinking hand soap.”  The classic Aviation is (amounts vary from recipe to recipe):

Shake with ice, strain into a cocktail glass, garnish with a cherry.

I’ve made Aviations for the group but no one’s asked for more. So I thought “what about an Aviation, except instead of using dry gin and Creme de Violette, I just use Hendricks Midsummer Solstice as both those parts?  It’s floral but not gag-me-with-a-spoon floral.” Thus, the Midsommar was born. 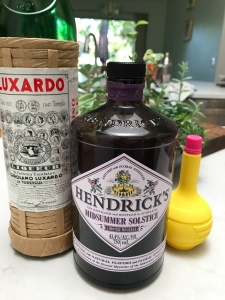 Shake with ice, strain into a glass.  (If you care about what kind of glass and what to garnish it with, more power to you, but I’m just a civilian.)

Results: Really good!  Very well balanced, floral and summery but not overly cloying. Better than a stock Aviation. The only drawback of my first iteration is that it was just clear/lemon juice colored, without the fun purple of the Aviation. I happened upon the idea of adding just a touch of sloe gin to this to add a tinge of red, for reasons that should be obvious to those who have watched the movie. The result: 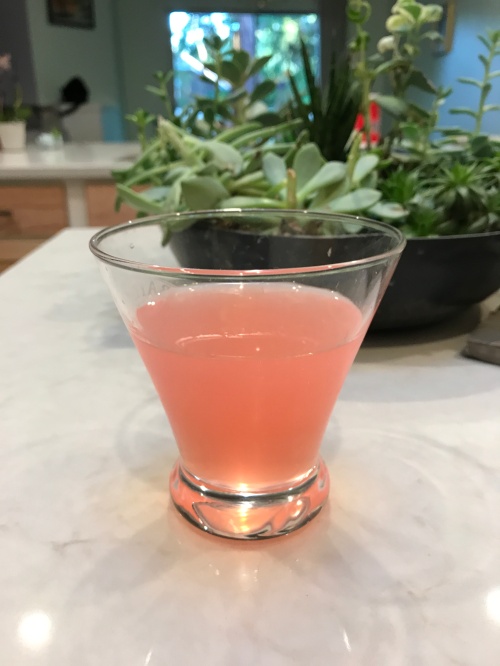 Give it a try! All these should be available at your local liquor store and aren’t terribly expensive; a .75 of the Hendrick’s was $40 at my nearby Twin Liquors. (I’m actually disappointed that the Alamo Drafthouse isn’t doing some Midsommar-inspired cocktail using this… Seems like the kind of thing they’d do…)