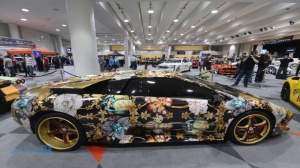 Welcome to this installment in my D&D Fifth Edition PHB readthrough and review. We’ve reached the end of the Character Creation section.  Now it’s time to customize.

By customize, I guess we really mean “some more spare rules.”  We start with multiclassing. It works like 3e where you can add levels ad hoc in whatever classes.  It has the additional twist of having ability score minimums, which is an interesting and IMO satisfying middle ground between the 1e “you need this much ability to be this class” and 3e-style “minmax however you want.”

Then there are feats. Feats are optional in 5e, you take them in place of an ability score advance (every fourth level). Since you have fewer of them than in 3e, each one is pretty buff.  In fact, oddly, some give you one point of ability advance anyway. Even the “skill” ones are good – let’s take “Actor,” which would be +2 to 2 skills in 3e (yawn).  Here, it gives you +1 Charisma, advantage on deception and performance checks, and an ability to mimic someone’s speech. Many are of course combat focused, like Dual Wielder gives you +1 AC and the ability to 2-handed fight with non-light weapons, and the ability to draw or stow 2 weapons at once.  I like how many of them add those little details (like the draw/stow) that show they’ve thought through the little details. A couple are boring (Skilled – Gain proficiency in 3 skills!) but that’s the minority, and they’re designed to help you push in some character direction you can’t get by class min-maxing in the new regime. And, they’re not strictly better than the +2 to a stat (though since the limit is 20, if you put a high number in your primary stat, a couple advances probably cap you out and you are looking to diversify anyway).

There’s only 42 feats, but each one is meaty, and you’re only going to get a fistful with any character, and I’m sure more will come (whenever they decide to publish anything else…).

And we’re done with character generation!  Solid all in all. Streamlined and not as fiddly as 3e, but more consistent and customizable than 2e. And a real role-playing game and not a pure tactical boardgame like… Uh… Some editions.

This entry was posted in reviews and tagged 5e, D&D, dungeons and dragons, phb, review, RPG, RPGs. Bookmark the permalink.